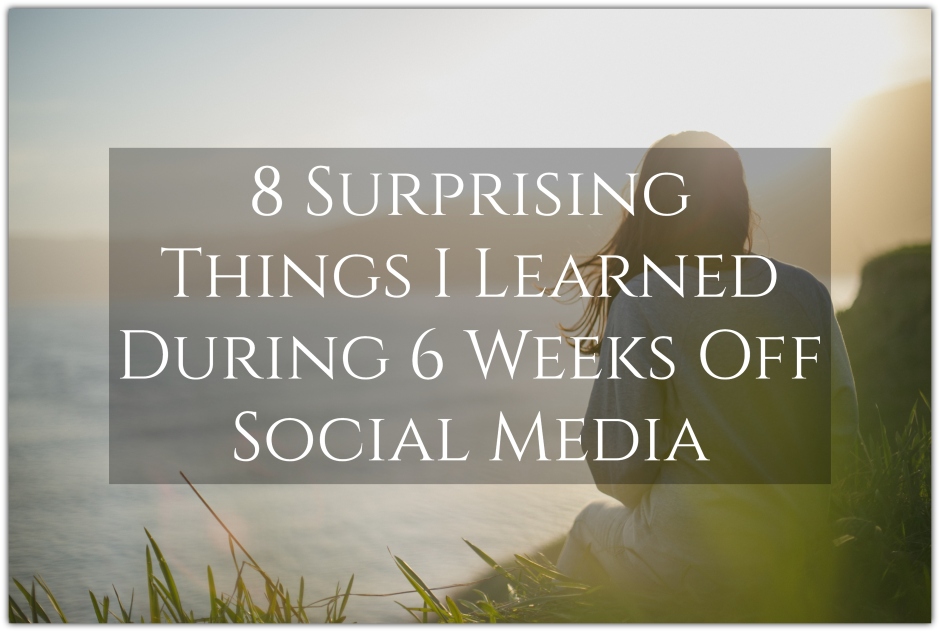 We were at the brink of big changes.

My husband asked to go into the field with his job, which meant he wouldn’t be sitting behind a desk in Birmingham each day, at home by 6 pm. It meant he would be 400 miles away in Little Rock working on the job site, doing the parts of the job that he really loved, with once-per-month visits home.

We made the plunge to homeschool our two boys for 3rd grade and kindergarten, a decision we’d been praying about for over a year.

It was one big, giant adventure looming just at the horizon of our lives, and I was excited that my husband was given this opportunity.

That’s when I stopped sleeping.

I would watch the clock as it blinked the minutes by, thinking things like: Kris needs to teach me how to use the edger so I can keep up the yard well. I need to get a car charger for my phone so that GPS can lead us all the way to Little Rock without dying. Should we stay with him a few days, or a whole week? I should start making a packing list. How will the boys handle their father being gone? Will video chats be enough?

My feelings were so strange about the whole thing … I was looking forward to meeting the challenge. I was determined to step up and show how tough I am. I wouldn’t drag my husband down. I was grateful for the chance to grow in our family, in our marriage, and in our parenthood. So why was I already missing my husband? He hadn’t even left yet.

A few days before leaving day, I had dinner with a few mom friends. We talked about the typical range of topics for women excited to be in each other’s company. A discussion that was particularly intriguing was the weight that social media can sometimes add to a woman’s “mental load”. I instantly related to this, and asked what they do to relieve the burden that we all seem to be obligated to, or trapped in. When one friend mentioned a social media fast, I knew I had to try it.

“I know three weeks sounds like a long time to avoid social media, because nowadays that’s the only way many people communicate,” she said with bright, encouraging eyes. “but give yourself no less than three weeks. I promise it will change the way you look at social media, and you won’t be the same, in a good way.”

That night, I deactivated all of my social media accounts (without explanation or announcing my impending online absence), and deleted the apps.

For the first two days, I found myself habitually reaching for my phone when I had a few extra minutes of silence. “Oh, right,” I would say to myself with a generous eye roll. “No social media.” I thought I would need to use intentional restraint, like when I spot the chocolate in the back of the pantry when I’m avoiding sugar, and I have to clench my jaw and walk away (with agony).

After those first two days, I didn’t think twice about it.

The other surprise was exactly how much of a relief it was to be away from it. I didn’t feel obligated to keep up with the people whose lives I only witnessed through my phone screen. I kept up via text and phone calls with my closest friends, but otherwise, I didn’t miss a thing.

Did you catch that?

A few days ago, I decided I should probably check my progress, to see if I’d met the 3-week deadline as my friend had suggested.

The “fast” had actually reached the 6 week mark.

Let me drive this point home … I DIDN’T MISS A THING.

I decided to make a list of the shifts and changes that had occurred in the absence of social media.

I’ve now activated my social media accounts, but I am determined to use it at arm’s length. I’ve been freed from the spell, and the freedom feels amazing.